New York’s 1st Passage is the Big News of this Newsletter.
As of April 30, 2019 the New York legislators, in both the state Assembly and Senate, voted for first passage of a proposed amendment to the NY State Constitution that would recognize and protect the inalienable right to clean water, clean air and a healthful environment. The vote count was overwhelmingly in support of passage with senators voting for passage 45 to 17 and the Assembly members voting 110-34.  The bill must pass both houses a second time when the next New York Legislature is seated in 2021. If passed, the proposed amendment would be placed on the New York state ballot for the people to vote upon.

Montana
Montana is one of the only two states that currently have a Green Amendment. Passed in 1971, the provision has been used to great effect to protect critical natural resources including drinking water supplies. The provision seems to be re-gaining some vigor, used recently to prevent a damaging exploratory gold mining project from advancing in Yellowstone National Park.

The case was brought by the Park County Environmental Council and the Greater Yellowstone Coalition to challenge a license given to Lucky Minerals Inc. by the Montana Department of Environmental Quality.  The challengers were concerned about the level of state review regarding impacts to water quality, wildlife, and community quality of life that would result from the mining operations.  The legal opposition to the license was also grounded in a challenge to a 2011 legislative amendment to the Montana Environmental Policy Act that disallowed a court from stopping work on a project if it determined that a state agency did not undertake the appropriate level of analysis during its review and approval of the project. As a result of the 2011 amendment, the only remedy left to concerned and impacted community members challenging state approval of a project was to have the case remanded to the decisionmaking agency for further review while at the same time the approved project proceeded.  As the court explained:

“The Amendments leave a party who has succeeded in challenging an agency’s MEPA decision with a meaningless remedy. The underlying environmental issues and concerns about degradation, leading to a determination that an agency’s MEPA decision was insufficient, would unfold for what could be a very considerable period of time, given the remand process and litigation that could follow. The agency would be left evaluating the “potential” impacts of actions that would already have occurred.”

The April 12, 2019 decision out of the Montana Sixth Judicial District Court determined that the 2011 amendment as applied to this case was unconstitutional in that it violated  both the State’s Green Amendment found in Article II, Section 3 & Article IX, Section 1 of the Constitution, as well as Article II Section 8 of the constitution that promises meaningful public participation prior to agency decisionmaking.  Because the state was unable to show a compelling state interest in the legislative amendment that resulted in the grant of the gold mining license, the license was voided by the court.

This is another demonstration of the power and importance of state level Green Amendments.

West Virginia
On February 11, 2019 Delegate Evan Hansen of West Virginia led 31 of his colleagues in proposing a legislative resolution that would support and advance the addition of a Green Amendment to the West Virginia Bill of Rights.  In his public statement about the proposal Delegate Hansen recognized both the economic, human and environmental value of the proposal stating:

“The best way to diversify our state’s economy is to create jobs that also protect the environment. We can grow our population and our industrial base while keeping the water we drink and the air we breathe clean.”

Green Amendments For The Generations is working to help build understanding of the power and importance of this pathway for environmental protection.

New Jersey
Support for the proposed New Jersey Green Amendment, SCR134/ACR85, continues to build with the number of sponsors signing on in support of the legislation increasing slowly but surely. New Jersey residents held a legislative education day on May 13 to help further educate NJ legislators and secure their sponsorship. Other legislator education days are planned for over the summer.

On October 15, 2018 a bipartisan supermajority of the Senate Environment Committee voted in support of SCR134. If you want to helps support advancement of the proposal on both the senate and assembly site please consider signing this petition of support: http://bit.ly/ISupportaNJGreenAmendment

Maryland
Maryland’s Green Amendment got a hearing on February 20, 2019 and received great support from organizations across the state.  Among the comments submitted were those of our organization, Green Amendments For The Generations. Unfortunately the proposal was pulled back by legislators before receiving a vote – this will be the second time that has happened.  But we look forward to working with the Maryland community to continue to advance the great language that was proposed this past year.

Maya was honored to deliver the keynote address at the annual Rachel Carson Open House in Maryland, hosted by the Rachel Carson Landmark Alliance, in the same house where Carson wrote the seminal Silent Spring. The mission of the Green Amendment movement resonates with Rachel Carson’s visionary observation:

“If the Bill of Rights contains no guarantee that a citizen shall be secure against lethal poisons distributed either by private individuals or public officials, it is surely only because our forefathers, despite their considerable wisdom and foresight, could conceive of no such problems.” 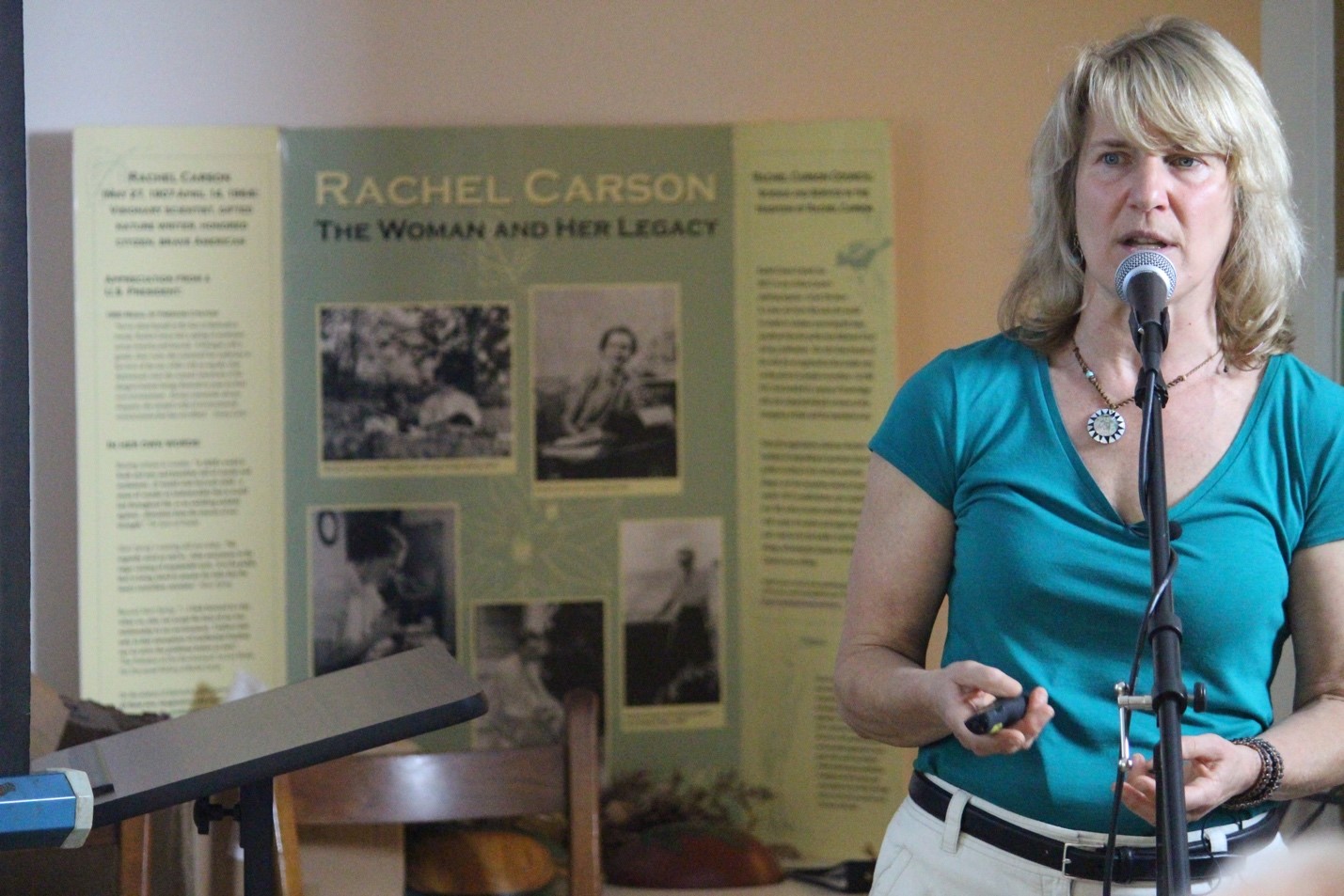 What does it mean to have a Green Amendment?

The question of what it means to have a Green Amendment is an important first question for many.  There are a number of ways to helps spread the word:

Whether you have attended a talk about the Book, are considering leading an action in your own state, have signed a letter or petition to advance the Green Amendments progressing in the state where you live, or have shared a copy of the book with a friend, family member or your favorite legislator, you have been part of advancing this important concept and conversation.  Thank you for being a Green Amendment leader!

A wonderful message from our founder 💚 ... See MoreSee Less

What started out as a legal victory in Pennsylvania has grown to become a movement across several states to establish Consitutional Protections for our right to clean air, pure water, stable climate, and healthy environments.
Through coordination with local community groups and talks with legislators, awareness and outreach efforts, we've managed to push legislative bills into the NY and NJ legislature that have a real shot at defending our environmental rights.

Our chaotic politics have made abundantly clear that our current system of laws and government are not doing the job needed to protect our water, air, climate and environments.

But our Green Amendment movement is changing that – everyday more and more communities are coming together and fighting for positive constitutional change that can help stop, prevent and turn back environmental harm. But we need your help to keep this movement going and growing!